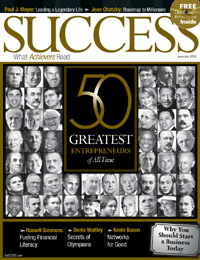 I was reading a post from one of my mentors, Darren Hardy, the CEO, Publisher of “SUCCESS Magazine”. He wrote about a man who acted like a fool. That could be anyone, but this man’s foolish activity was actually bold and audacious. In this era of “10X,” I truly believe that if you really want, no I mean Really, Really Want to be “Successful”, you will to have to apply more effort and creativity than you have expected of yourself ever before. What others may think is foolish and maybe even laughable, is actually the bold and audacious thinking it takes to accomplish big things and can make an immense difference in your results. As I am writing this, I am raising the stakes and my resolve to own the outcomes I want for this quarter.

I just reread the book, “From Good to Great: Why Some Companies Make the Leap…And Others Don’t”, by William Collins, and in the book, I highlighted that “greatness is described as companies that performed financially greater multiple times over the market average over a sustained amount of time.” So, the question I pose is, how did the overachieving companies do this? And even more importantly, how do you as an individual do this? Collins capsulized the answer in the first chapter of his book: “Good is the enemy of Great.” Collins states that the main component for transitioning from good to Great is to narrowly focus your company’s resources on its field of competence. In other words, concentrate your assets on what you do well. Better yet, target your efforts on the things that your company does well. Here are some characteristics for making that leap from just good to great:

• First Who, Then What: “They FIRST got the right people on the bus and the wrong people off of the bus, and THEN they figured out where to drive it.”

• Confront the Brutal Facts: The Stockdale paradox— “You must never confuse faith that you will prevail in the end—which you can never afford to lose—with the discipline to confront the most brutal facts of your current reality, whatever they might be.”

• Hedgehog Concept: Three overlapping circles: Question 1. What can you be the best in the world at (“best at”)? Question 2. What drives your economic engine (What makes you money)? Question 3. What are you deeply passionate about (What lights your fire)? Apply these qualities so you can turn your Good (an “also ran” company) into Great (a Leader of the Pack). Remember, “Good is the enemy of Great”. And to become great, you must stop settling for good enough.

Two of my other mentors, are Tom Hopkins and Grant Cardone. Tom made two great points in an interview given by Grant. Grant asked Tom, “What do you fear most and how do you control fear?” Then Tom answered, “Do what you fear most and you will control that fear.” And secondly, “What does it take to be a truly Successful Person?” Tom took a que from Grant’s 10X Rule, his latest book, and gave this formula;

Back to the man who others would think acted foolish but actually was bold and audacious. Here’s the story as told by Darren Hardy. IF you want to make this the best year of your life, you are going to have to raise your audacity level, bolster your boldness and crank up your courage.

To accomplish seemingly impossible goals you’ll have to take some pretty outrageous, if not seemingly foolish actions (as observed by the faint-hearted). Let me tell you about one such fool… He was no scholastic achiever in school and his classmates teased him mercilessly. Rather than read books, the kid really preferred running around with a 8 mm camera, shooting amateur “adventure” films and movies of wrecks which he staged with his Lionel train set (which he showed to friends and charged 25 cent admission, while his sister sold popcorn.) In his sophomore year of high school, he dropped out. But when his parents persuaded him to return, he was mistakenly placed in a learning-disabled class. He lasted a month before he bailed again. Only when the family moved to another town did he eventually graduate high school. After being denied entrance into a traditional filmmaking school, he enrolled at California State College at Long Beach. Then in 1965 his life took a complete turn around. On a visit to Universal Studios, he met Chuck Silvers, an executive in the editorial department. Silvers liked the kid who made these crazy 8 mm films and invited him to come back and visit him sometime. The kid came back the next day. Without a job or security clearance, (dressed in a dark suit and tie, carrying his father’s briefcase with nothing inside but “a sandwich and candy bars”) he strode confidently up to the guard at the gate of Universal and gave him a casual wave. The guard waved back. He was in. For the entire summer, he dressed in his suit and hung out with the directors and writers, including Silvers, who knew the kid wasn’t a studio employee, but winked at the deception. The kid found an office that wasn’t being used and became a squatter. He bought some plastic tiles and put his name in the building directory. It read 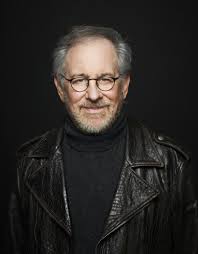 Steven Spielberg, Room 23C.” Well, his foolish audacity paid off. Ten years later, now age 28 Spielberg directed “Jaws” the 1975 film, which with a production cost of only $12 million, won three Academy Awards (for editing, original score and sound) and grossed more than $470 million worldwide at the box office, the highest grossing film ever at that time. Of course dozens of films and awards have followed. All because Spielberg continually acted foolish.

Moral of the story? Be bold, be audacious, be a bit foolish even and just GO FOR IT!

Go out and make a difference, make it happen, LetsGO!